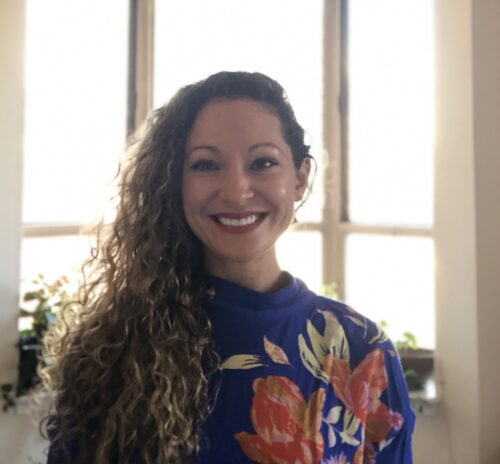 As Senior Manager for Humanitarian Practice, she facilitates field research, analysis, and collective action to support humanitarian response operations and policy in nearly every ongoing response around the world. Prior to joining InterAction in December of 2017, Kathryn held research and advocacy positions for Amnesty International and Physicians for Human Rights, as well as the International Rescue Committee and Save the Children. She has been based in Mexico, Washington, D.C., London, and Turkey/Syria with frequent travel to conflict and emergency settings worldwide.

While at Amnesty International, her team was responsible for leveraging scientific progress to better document human rights abuses in conflict situations and repressive environs, notably working to pilot the use of Geo-Spatial and mobile technology for mass atrocity crime prevention, documentation, and accountability. While at Physicians for Human Rights, she led policy and advocacy efforts from Washington, D.C. on behalf of the organization and was regularly called on to brief senior U.S. and U.N. officials while refining the organization’s methodology to document attacks against healthcare in conflict.

Transitioning to the humanitarian sector, Kathryn was based in Turkey and Syria for the International Rescue Committee leading field research on protection issues and conducting advocacy on behalf of conflict-affected populations. She closed out her time with the IRC in London where she spent six months as a Senior Policy Advisor integrating humanitarian operational technical expertise into IRC’s European policy and advocacy program and led collective INGO advocacy with the British government on Syria, Iraq, and Yemen. She returned to Washington, D.C. in 2017, where she assumed an advisory role for Save the Children leading on policy and advocacy initiatives related to the protection of children in armed conflict settings around the world.

More Than An Obligation

COVID-19 shifted how humanitarians work and will likely reshape—if not entirely overhaul—elements of the global humanitarian system. How we work together, and what our collective…

Take the Blinders Off

The following is an executive overview of InterAction’s newest report, which was written following an InterAction humanitarian team field mission to Afghanistan in September 2019.