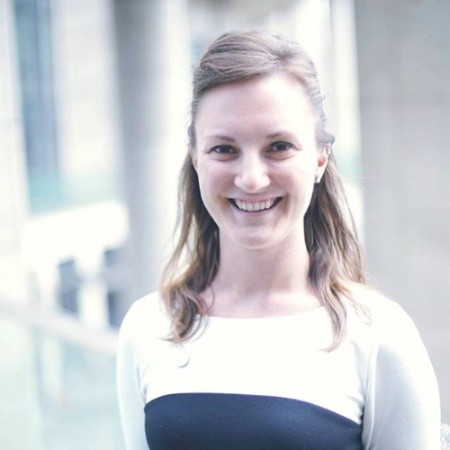 Katie LaRoque leads InterAction’s initiative on democracy, rights, and governance, having joined the team in 2021.

Katie has worked in the international development sector for more than ten years, specializing in the field of democracy, governance, and elections. Prior to InterAction, Katie worked for the International Republican Institute (IRI) where she served as the Institute’s Business Development Manager. In her role, she helped secure record funding for the organization in FY20 and double the Institute’s revenue goal. Prior to her role on business development, Katie managed several multi-million dollar grants in Eurasia for IRI, focused on topics such as anti-corruption, youth civic participation, election integrity, countering foreign authoritarian influence, political party strengthening, and monitoring and evaluation.

Katie has served as an accredited international election monitor nearly a dozen times, observing elections in El Salvador, Ukraine, Georgia, and Moldova. Most recently, she worked for the Organization for Security and Cooperation in Europe’s Office for Democratic Institutions and Human Rights (OSCE/ODIHR) on its international election observation mission to the United States in November 2020. In this capacity, she analyzed political campaign tactics and the use of new voting technologies at polling stations throughout the country.

From 2010-2012, Katie served as a Peace Corps Volunteer in Khmelnytskyi, Ukraine, where she taught English to secondary schoolers and developed a deep love of borshch. Katie speaks Spanish and Ukrainian, and she holds an M.A. in Democracy and Governance from Georgetown University and a B.A. in Politics and Spanish from Mount Holyoke College. She is a proud Bostonian and occasionally uses the word “wicked” in professional settings.