Photo By: Kingshuk Partha is licensed under the CC BY-NC 4.0 license. 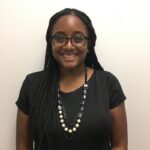 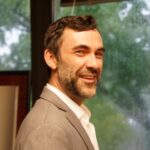 We need ambitious and bold commitments at COP26 to avoid worsening global instability, displacement, and hunger in the world’s most marginalized communities.

For years, we were warned that we are in the midst of a climate crisis and that only global collective action and bold political will could solve this crisis. Today, the window of opportunity to commit and act is closing.

The UNEP’s 2021 Emissions Gap Report shows that the current national climate pledges and existing mitigation measures put us on track for a 2.7-degree Celsius increase by the end of the century, well above the Paris Agreement threshold. UNEP’s report warns that the world needs to cut annual GHG emissions by half in the next eight years to keep global warming below the 1.5-degree Celsius threshold. If we maintain the current GHG mitigation measures and goals, global temperature will continue to rise, leading to more weather extremes and devastating impacts.

The deadly heat waves, mega-hurricanes, flooding, and droughts we’ve seen with greater frequency around the world will only become more severe and frequent. We know that climate change-induced disasters disproportionately affect people in low-income communities and low- to middle-income countries around the world.

Thus, climate change impacts and poverty are deeply intertwined. Those in poverty have a higher chance of experiencing the ill effects of climate change due to their increased exposure, vulnerability, and risks.

Today, nearly half the world’s population is estimated to be at high risk of experiencing a climate change-induced disaster, yet few are prepared or equipped to adapt to its effects. Climate change is already one of the most harmful drivers of hunger and starvation, displacement, poverty, and inequality at a global scale.

Left unaddressed, nearly 200 million people could require humanitarian assistance to survive due to weather-related natural disasters by 2050, roughly double the number of those in need today. Furthermore, an estimated 132 million people will slip back into extreme poverty by 2030 if we fail to tackle the climate crisis. Unless we take immediate action, climate change and related extreme weather events will unquestionably worsen instability, displacement, and hunger in the world’s most marginalized and economically disadvantaged communities.

The COP 26 U.N. Climate Change Conference comes at a critical moment. We know what needs to be done:

We hope that the U.S. and the global community will respond with the bold commitments needed to help solve humanity’s greatest threat.