Drought and Famine in the Horn of Africa 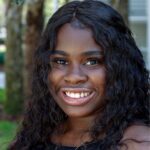 Africa remains disproportionately affected by the impacts of climate change despite producing only 2–3% of the world’s global emissions.

The intensity and frequency of droughts in the Horn of Africa are devastating the lives of millions of people and strongly correlate to the rise in temperature globally. While the current drought impacting the Horn of Africa is not a new phenomenon, the Center for Strategic and International Studies describes the current conditions in Ethiopia, Kenya, and Somalia as the “worst drought in four decades.” Amidst the recurring droughts and the decline in water security, there is an urgent need for a renewed commitment to resiliency building in the region, especially to combat the rising malnutrition caused by the prolonged drought.

The Link Between Drought and The Rise in Malnutrition

When a drought hits, the lack of water leads to crop failure and increased mortality of essential livestock. According to the U.N., in Somalia, a third of households have lost their livestock over the past year, and crop harvests have dropped to 70% below the norm. Crop failures and loss of livestock result in fewer products on the markets, causing a severe drop in food supplies and driving prices up.

The current extreme drought conditions are also further exacerbating the lack of access to adequate water for hygiene and sanitation in various countries in the region. It is estimated that around 95% of the Dawa Zone region in Somalia and 82% of the Borena Zone of the Oromia region in Ethiopia have dried up, directly impacting critical water supplies for Ethiopia, Kenya, and Somalia.

Compounded by a growing population, water security quickly diminishes, leaving behind various health-related problems, including cholera outbreaks. Poor sanitation resulting from contaminated drinking, bathing, and washing water makes individuals more vulnerable to contracting illnesses like malaria and measles. Additionally, contaminated water can lead to higher rates of diarrhea which in many cases is life-threatening, particularly in children under the age of five.

To improve water access in the region, the World Bank has stepped in, forming a partnership between Kenya, Ethiopia, Somalia, and Intergovernmental Authority on Development (IGAD) to invest in their untapped groundwater resources. The design of the project includes “incremental and enhanced institutional capacity, trust, and collaboration,” with the IGAD acting as a key player in data collection and monitoring. The project aims to create small- and medium-scale infrastructures that increase sustainable access to groundwater and build resilience to the frequent and intense drought brought about by climate change.

Climate change is a major root cause of the water and food crisis in the Horn of Africa. Extreme temperatures result in severe consequences that must be addressed on a broader scale. While the immediate effects of climate change and drought in the Horn of Africa require and deserve urgent and immediate attention, if long-term resiliency to the impacts of climate change is not achieved, the next crisis will devastate more lives. As development and humanitarian practitioners, it is crucial to question how the work being done is helping build resiliency and will yield positive results in the long run.