Photo By: Antonio Aragon is licensed under the CC BY-NC 4.0 license.

Part Two of the In The Dark Blog Series

“I’m doing this for my children.” That’s what Martha from Colón, Honduras, said to a reporter in November 2018.

If you turned on any U.S. news channel in the Fall of 2018, you likely saw a lot of people like Martha—people who left their homes in the Northern Triangle countries of Honduras, Guatemala, and El Salvador in search of a better life in the United States.

When large numbers of people arrive en masse to seek asylum at the U.S. border, it’s a newsworthy story. But what kind of story is it? Who decides how to tell it?

According to some news outlets, the mass migration event was an unprecedented border security issue. In their view, there was an elevated threat level because of rampant insecurity in the region. They deduced that this “migrant caravan” threatened to ‘invade’ The United States. In fact, news sources across the political spectrum pointed to Central America’s high violent crime rate as the motivation for emigration before moving on to the next headline.

In the U.S. political sphere, framing migration as a security risk naturally justified security-driven responses that sought to protect the border at the expense of the people attempting to cross it.  As migrants approached the Southern border, President Donald Trump declared that the country was in crisis and mobilized policy responses that included cutting funding for aid programs to Central America, separating families, and criminalizing those attempting to migrate.

Many migrants told a more complex story than what was broadcasted on T.V. or circulated in White House press releases. For one, they weren’t merely leaving because of crime. A World Food Programme (WFP) survey reported that more migrants cited food insecurity, poverty, and crop failure as motivations for leaving their homes than violence. As migration from Central America continues to grow exponentially, eye-witness accounts have corroborated the particular impacts of climate change on survival and migration in the region. As a Guatemalan agricultural worker told the New Yorker, “These crops are for survival. If there aren’t crops, people leave.”

What first appeared to many as a security issue is actually a climate displacement issue.

Central America is one of the most climate-vulnerable places on Earth. In recent years, extended periods of drought have been punctuated by intense storms that decimate crops and leave whole villages hungry. In the region’s Dry Corridor—an area that stretches from Chiapas, Mexico through western Guatemala, Honduras, and El Salvador—it is estimated that approximately two out of every three people are in urgent need of food assistance due to years of drought. Scientists have linked these novel weather patterns to climate change and predict that devastating crop losses will continue without immediate action.

Understanding climate factors as a driver of migration should add nuance to the mainstream narrative of violence as the only impetus for emigration. However, expanding awareness of climate change’s impact does not negate the reality that many in the Northern Triangle may migrate due to fear of violence. The two phenomena may be closely related since environmental factors can push rural residents to migrate within their own country and take residence in insecure areas where they are more likely to be victimized by gangs and other violent entrepreneurs. Indigenous peoples, in particular, face risks of violence or forced displacement when state or private actors seek to exploit natural resources on their land.

Allowing the climate displacement crisis to be obscured by sensationalized media portrayals and policies fixated on the security dimensions of migration, however, is not a sustainable solution to either problem.

Policymakers are unlikely to help populations struggling with drought and crop loss if they only focus on deriving solutions to violent crime, and policy responses are urgently needed. A recent analysis predicts that—without any action to address the effects of climate change—the number of Central American and Mexican migrants could rise to over 30 million before 2050. Further, as many as 10.6 million people in Latin America could migrate within their own country.

Even with adaption or mitigation strategies in place, it is challenging to confront climate displacement without a more robust international legal framework in place.

Take, for example, that there is no such thing as a ‘climate refugee’ under international law. Without a statutory definition recognizing the existence of climate refugees or climate-induced migration, states are not obliged to provide such people the protections that a refugee is entitled to, like legal residency in a third country and the right to non-refoulement.

This difference in eligibility stems from international legal instruments like the 1951 Refugee Convention, which centers the definition of refugee around a well-founded fear of persecution of identifiable sub-groups of a population who have crossed an international border. This leaves most of those migrating due to climate change unqualified to receive protection because it is nearly impossible to prove that a climate-induced phenomenon like a drought or hurricane has “persecuted” a specific race, religion, or social group.

Other mechanisms such as human rights law, domestic law, or the regional refugee protection frameworks in Africa and Latin America seek to broaden the definition of a refugee beyond that of the 51 Convention. However, these international instruments still do not explicitly confer protection for those displaced by climate change. Similarly, protections for those who choose to migrate within their home country’s borders—referred to as internally displaced people—are protected by the U.N. Guiding Principles on Internal Displacement. Still, implementation and enforcement of those principles vary by state. These guidelines have proven so difficult to enforce in the Northern Triangle that the Inter-American Commission on Human Rights called the current system “inadequate and/or nonexistent.”

So it happens that in Central America and across the globe—as powerful political actors deny, debate, and delay even acknowledging that climate change exists—millions of people experience its brutal reality as they are forced from their homes in search of a refuge that the law says they do not necessarily have the right to receive.

So, what can be done to help?

If you are a part of an InterAction Member organization, consider signing InterAction’s Climate Compact, or joining our Climate Advocacy Working Group to get involved in collective action to advocate for U.S. and multilateral policies, decelerate climate change, and support the world’s most vulnerable to adapt to its effects.

Not an InterAction Member? Consider joining.

There are also opportunities to take individual action and learn more about climate displacement through initiatives run by InterAction’s Members, such as becoming a #ClimateChanger with Oxfam, supporting Asylum Access’ Hospitality Route, or virtually volunteering with HIAS to support their Border Response Team in Ciudad Juarez, Mexico. You can also learn more about effective ways to talk to the climate-skeptic in your life and build momentum for grassroots-driven change in your community.

Addressing climate displacement in Central America—and around the globe—will require rational and compassionate strategies to confront both urgent needs and long-term trends.

Though those who peddle misdirection and cruelty still threaten to hijack the story, we can’t forget to listen to those most in need. 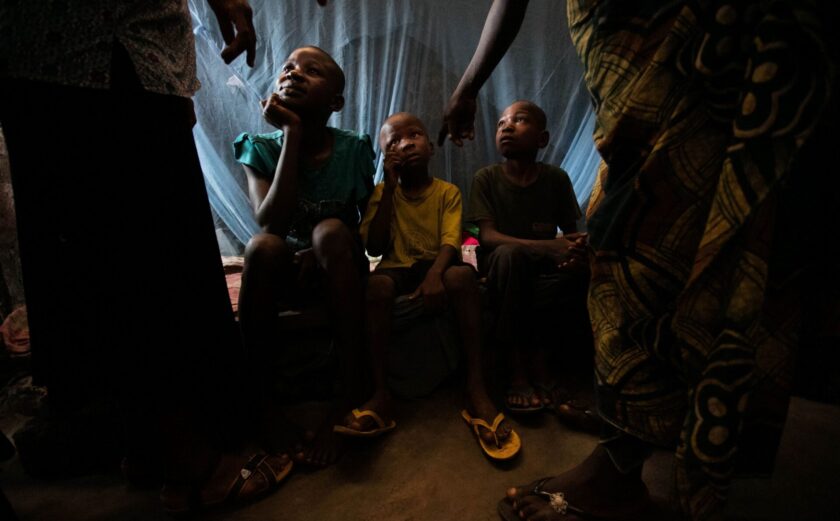 Are We in the Dark When it Comes to Humanitarian Crises?

Have you heard the story of the man who drops his housekeys? Walking home at night, a man realizes that he dropped his keys on… 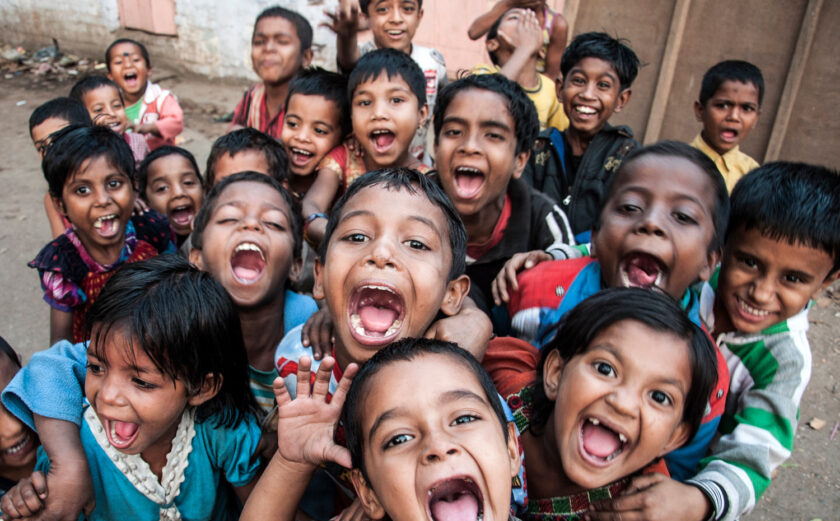 Supporting Vulnerable Children During The Pandemic

Children’s early childhood experiences have long-lasting effects on their health, development, and quality of life. Ensuring children are nourished, cared for, and safe during this… 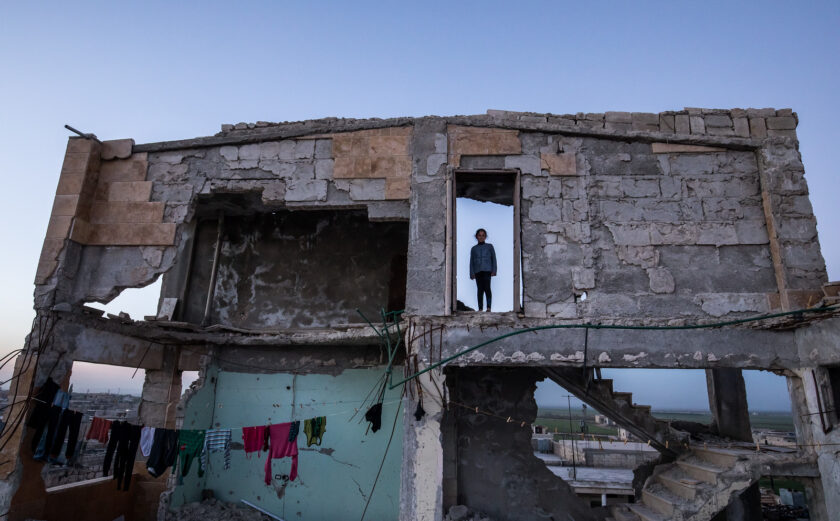 Building the Evidence Base

In armed conflicts around the world, destruction of civilians’ property and assets, public services, and critical civilian infrastructure has resulted in devastating consequences for civilian…

There is one thing you quickly learn when researching anything about Haiti: the country is the poorest in the Western Hemisphere. Rarely does an article…