Photo By: The White House

InterAction Statement on the State of the Union Address 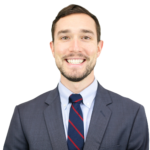 WASHINGTON—Last night during the State of the Union address, the President of the United States called for new legislation affecting the way the United States conducts its foreign assistance. As InterAction, a coalition of U.S. nonprofits working abroad who represent the American people, we believe in U.S. leadership and generosity in the world.

Our coalition represents those Americans who believe so strongly that it is right to go into the world and do good, that they have devoted their lives to it. We remain steadfast in our commitment to American leadership through humanitarian action and development investments. From famine relief to girls’ education, we hope the U.S. government continues to live up to America’s values and not restrict aid for political or partisan reasons.

Whether through the Foreign Assistance Transparency and Accountability Act, Global Food Security Act, or the rejection of draconian budget cuts, overwhelming bipartisan majorities in Congress have regularly supported poverty focused development and humanitarian assistance.  We agree with Congress that this is a wise use of one percent of the federal budget and that our programs support American values and interests.