Photo By: KyeongCheol Park is licensed under the CC BY-NC 4.0 license.

Never Too Young to Change the World

It has been 71 years since the adoption of the Universal Declaration of Human Rights (UDHR) which proclaims the inalienable rights of all humans. In 2019, the United Nations’ Human Rights Day focuses on the power and impact of young people.

Historically, young people have been at the forefront of social and political change.

In the 1960s, young people in the U.S. played an active role in protests for racial equality. Through sit-ins, Freedom Rides, and speaking in favor of school integration, they took the first steps toward making the country equal. Their voices were heard around the globe, igniting similar protests.

Thirty years ago, students in Beijing, China, protested for democracy and free speech. The Chinese government met them with tanks. The anniversary of the Tiananmen massacre reminds us of the students who gave their lives for a better future.

Earlier this decade, the Middle East was turned upside down during the Arab Spring. Across the region, young people protested corruption, lack of economic opportunity, and oppressive regimes, utilizing social media as a tool for mobilization. Some countries reacted positively—such as Tunisia—while others only further repressed citizens.

Malala Yousafzai, the Pakistani Nobel Peace Prize Laureate, risks her life to fight for equal rights for young women, despite her brush with death in 2012.

More recently, young people in South Sudan forced out Omar al-Bashir through protests of corruption. Greta Thunberg—along with youth all over the world—demanded solutions to the climate crisis at the United Nations’ General Assembly in 2019. In November, protests ensued over the corruption and sectarianism in Lebanon. In Hong Kong, as demonstrations continue now for over six months, student unions within universities are hubs for political activism.

More so now than ever before, youth are demanding to be heard and acknowledged.

It is not surprising that, as 2019 comes to a close, young people seem to be louder than ever. As young people around the globe fight for human rights, their governments continue to violate them in surprising and concerning ways. In Saudi Arabia, state authorities murder nationals for speaking out against the government. In Venezuela, people are unable to purchase food due to hyperinflation. In Myanmar, Muslims are detained and killed for their religion. On the international stage, the U.S. regularly falls short of promoting human rights to its fullest ability.

Amid rising threats such as these, the preservation of democracy, human rights, and dignity requires young leadership now more than ever.

Youth make up the largest population in the world, with 42% of the population under the age of 25 in 2018. As they have always done, young people will shape the next generation. They offer fresh insight and a sense of optimism that world leaders would be smart to utilize. In 2020, let’s invest in youth, recognize their contributions, and harness their energy. 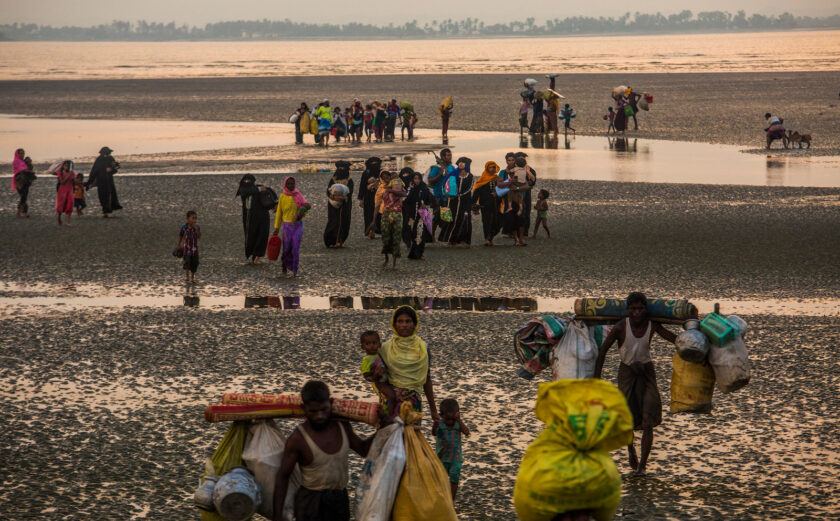 This week, world leaders will turn their attention to the global hunger crisis in two pivotal events organized by the United States: a ministerial…