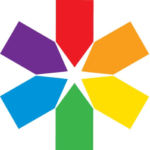 Springtime in Somalia brings Gu, “the season of long rains.” The rains revive the pastures and grazing lands — and often deliver death and destruction to the regions where the rivers burst their banks.

This year is no different. In late April, Somalia’s two major rivers overflowed after weeks of heavy rains. The resulting flash floods, dubbed among the worst ever by the United Nations, have forced more than 228,000 people to flee to higher ground, carrying only what they could manage on their backs and loaded onto donkey carts. In the hard-hit Beletweyne district, the waters have destroyed crops and houses, closed airports, hospitals, schools, washed out roads and contaminated wells.

Relief International staff have evacuated their flooded Beletweyne office and two of four health facilities, and have set up a mobile medical clinic out of the rivers’ way. With generous funding from Start Network and supplies salvaged from the floodwaters, Relief International’s mobile medical staff is combing through the makeshift settlements to deliver clean water, health care and hygiene aid to flood survivors.

Many of the families in this area already were displaced from their homes elsewhere in Somalia — by conflict, drought or the near-famine that plagued the country in 2017. The floodwaters in Beletweyne have deluged these tent settlements and brought a new threat: disease.

Most people in Beletweyne get their water from open wells, which have been inundated with contaminated floodwater and latrine overflow. With no other choice, however, families continue to drink from them. Dirty water combined with crowding in the temporary camps pose prime conditions for a devastating outbreak of acute watery diarrhea (AWD), cholera, dengue fever, malaria and other communicable diseases.

NGO staff are trucking in clean water to distribute to 15,000 people. Emergency response teams also provide hygiene kits to especially vulnerable families, such as female-headed households, pregnant and lactating women and families with many children under five years old. Staff spread information on how to prevent waterborne illness with radio messages and door-to-door campaigns.

Gu runs from April through June. Until then, the forecasts call for more rain, still.