Photo By: Emran Hossain is licensed under the CC BY-NC 4.0 license.

The use of explosive weapons in populated areas (EWIPA) has caused significant harm to civilian populations.

Beyond individual deaths and injuries, explosive weapons cause indirect and reverberating effects, such as psychological trauma, loss of livelihoods, disruptions to vital services, lack of access to medical care, food insecurity, protracted displacement, among other concerns.

Global momentum has grown to avoid the use of EWIPA, particularly those with wide-area effects.

Under Ireland’s leadership, States, civil society actors, and international organizations have come together to discuss the contours and substance of a Political Declaration for States to enhance the protection of civilians in urban warfare and address the humanitarian consequences arising from the use of EWIPA. A Political Declaration on EWIPA would be an important instrument to help promote actions by States to strengthen their compliance with international humanitarian law (IHL), avoid causing civilian harm, and reduce humanitarian suffering in populated areas.

From March 3 to 5, 2021, InterAction participated in virtual consultations hosted by Ireland, where it provided comments on the revised draft Political Declaration along with more than 60 States and 20 civil society and international organizations. InterAction’s written submission draws on recommendations made to the U.S. Department of Defense by InterAction’s Protection of Civilians Working Group over the last few years. InterAction’s commentary is also meant to complement other civil society submissions aimed at strengthening the declaration and acting as guidance for States through the draft negotiation process, the finalization and adoption of the Political Declaration, and in its implementation.

In particular, InterAction calls for:

Other submissions from civil society and States can be found here. For more information, please contact Archibald Henry. 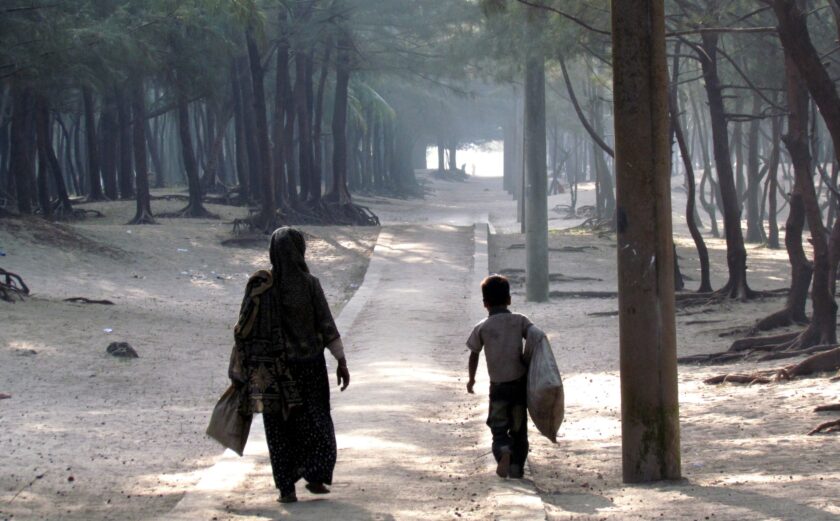 The Rohingya refugee crisis has entered its fifth year, with over 1.1 million Rohingya displaced from Myanmar since an uptick of violence in 2017.