Photo By: Khant Zaw is licensed under the CC BY-NC 4.0 license.

I look towards 2018 with a sense of possibility that we, as a part of civil society, will be able to champion shared interests and deliver needed services with a new sense of purpose, as we advance human well-being in an ever-changing world.

In spite of war, climate change, and dysfunctional politics, last year continued a generational trend of ever improving welfare across the globe. U.S. NGOs, each in their own way, contributed to this positive trend, particularly for more vulnerable populations. Despite the rise of countervailing nativist forces at home and abroad, in 2018, we will continue to stand up for our principles, advocate for U.S. global engagement, and work to create and shape the type of society we want to live in.

Last year, we stood united against unprecedented assaults on NGOs and thankfully, some of our worst fears and concerns did not come to fruition. However, the current administration took a series of harmful actions which damaged our country’s standing in the world, infringed upon the movement of people and rights of refugees, and targeted the vitality of U.S. support for international development and humanitarian relief.

President Trump was elected on views that contrast with the inclusive principles of the U.S. NGO community. The election led to proposed policy changes, such as severe cuts to U.S. funding for international development and humanitarian relief, restrictions that targeted vulnerable populations, and a challenge to the core American values promoting democracy and diversity. InterAction has applied pressure through activism and collaborated with bipartisan partners in Congress and across civil society to mitigate the worst results of these actions. However, despite all of our best efforts, the resulting instability in available funding still hurts the ability of many U.S. NGOs to implement needed programs. Some reforms make sense – U.S. foreign assistance and United Nations systems can certainly benefit from additional changes. But the United States should not pursue reforms that harm institutions, nor can we allow our country to cut at the threads that tie it to the multilateral institutions that promote global peace and prosperity.

Without a reliable government partner, InterAction will continue to embrace the role of constructing a more resilient coalition in pursuing the Sustainable Development Goals and other objectives. New coalitions that the NGO community builds need to be responsive to the sense of alienation that populist politicians have tapped in different countries. Together in our community, we need to work with business, academia, and other members of civil society to mobilize latent public interest in a shared prosperity. NGO leadership needs to advance a sense of hope about a fair society that can be co-created by all. This need is evident in the thirst that people have for more responsible, transparent and accessible governments. People want opportunity and fairness. We can help create a way to achieve realistic shared goals in all nations.

While InterAction and its membership continue to defend our interests at home and work towards building a stronger civil society around the world; we need to keep our core convictions front and center as we remain vigilant in promoting them. All people have rights and as such must benefit from global prosperity. At-risk individuals need to be cared for proportionately meeting their greater needs. Core human rights need to be vigorously defended and advanced. In 2018, InterAction will remain engaged in a movement of American NGOs actively shaping an interconnected world that benefits us all.

The global rise of dis- and misinformation has increased distrust of traditional media sources and communities. This can seriously restrict the operations of humanitarian… 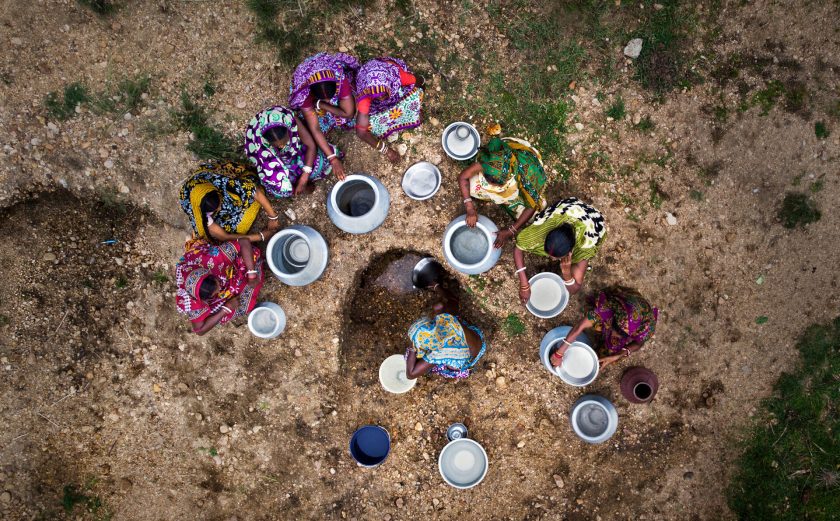 We are facing the largest global crisis in a generation. The COVID-19 pandemic, and all its consequences, will shape our global economy, health systems, food…

Choose to Invest provides Congress, the administration, and other interested stakeholders with funding recommendations and justifications for 45 poverty-focused accounts and programs