Latin America and the Caribbean

High levels of population displacement, political and economic turmoil, and natural disasters increase insecurity and poverty levels in countries and communities across Latin America and the Caribbean.

Unprecedented levels of displacement and migration across the hemisphere require increased development support for refugee- and migrant-hosting countries, coordinated local, regional, and international responses, and innovative solutions that not only meet the basic needs of displaced persons and host communities alike but also address the underlying causes of displacement. Venezuela is the source of one of the world’s most significant displacement crises. The U.N. estimates that by December 2019, over 5 million Venezuelan refugees and migrants will have fled into neighboring countries due to deteriorating human rights conditions resulting from economic instability, food insecurity, health system collapse, and political violence.

Hosting countries such as Colombia, Ecuador, Peru, Chile, and others have graciously welcomed refugees and migrants but are struggling to offer services and protection to those in need considering the dramatic influx of people overwhelming state-facilitated services. In Central America’s Northern Triangle, migrants and refugees are fleeing violence, consecutive years of drought, and lack of employment and are seeking refuge and opportunity in the United States. U.S. policy decisions to restrict humanitarian and development assistance to Central America—as well as restrictions on asylum—further complicate the situation.

In countries such as Haiti, weak governance, violence—including gender-based violence—and lack of economic opportunity continue to perpetuate cycles of poverty and instability. Populations in Chile and Ecuador have grown frustrated and disillusioned by alleged corruption and inequality. Moreover, undernourishment and moderate and severe food insecurity have been on the rise in the last several years in Latin America, and the region has the highest homicide rates in the world. Such challenges are magnified by environmental shocks that hinder resilience, including natural disasters like Hurricane Dorian in the Bahamas and ecological destruction in Brazil. 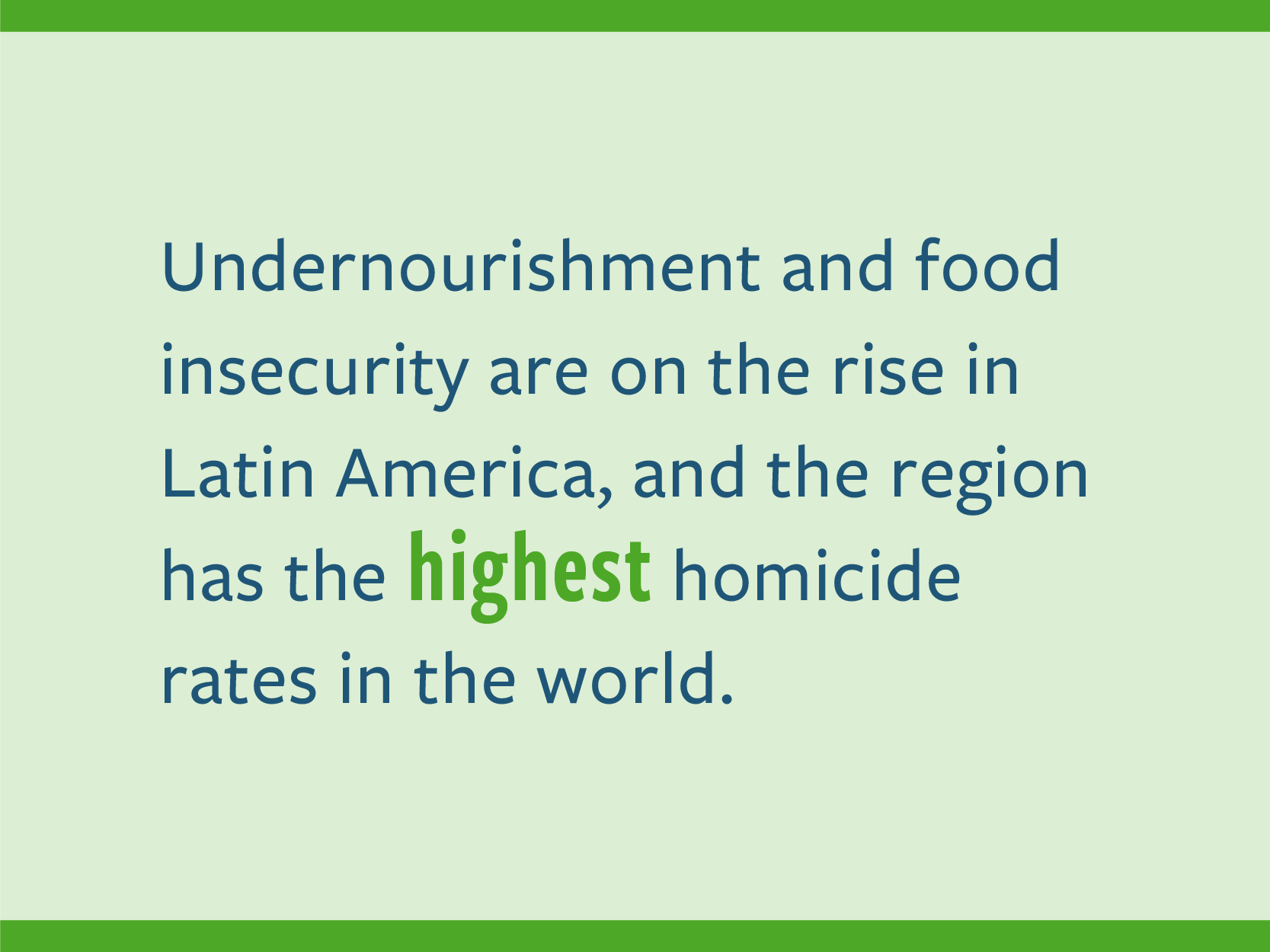 Just a couple of decades ago, Venezuela was a relatively stable democracy with one of the region’s wealthiest economies. However, in 2014, the country’s economy and the political system started to collapse resulting in a crisis that has reverberated across South America and into the Caribbean. At the time of writing, governance crises are arising elsewhere in the region with mass-scale protests rapidly developing in Chile, Bolivia, and Colombia, challenging long-entrenched leaders and economic elites.

Below please find one-pagers that offer a deeper look into the Latin American and Caribbean countries where our Members are responding to critical needs: